Thanks to Kieran Donaghy and his web Film English for his lesson about food in which students practise food and restaurant vocabulary and speaking.

But before trying his lesson answer these questions:

2.What vegetables do you eat?

3.What fruit do you eat?

5.What kind of food do you like to eat at restaurants?

6.Who prepares the food in your family?

7.Where do you buy food?

8.What did you have to eat this morning?

9.What did you have to eat last night?

10. Are you a good cook?
Publicado por Begoña en 23:10 No comments: Enlaces a esta entrada 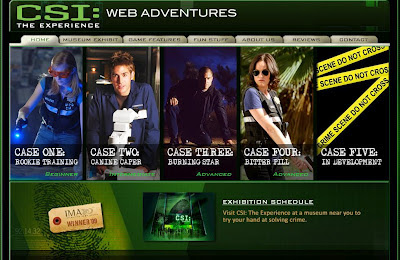 Rice University has partnered with CBS, the American Academy of Forensic Sciences, and the Fort Worth Museum of Science and History to produce educational web adventures based on the CSI television series. The web adventures are designed to teach students the process of forensic investigation and problem solving. There are four cases or levels to the CSI web adventures. A fifth web adventure is in development. The web adventures are available in English, Spanish, and German, but of course I know you will use the English version!
Publicado por Begoña en 21:08 No comments: Enlaces a esta entrada


A 44-year-old Hawaiian surfer has been recognised by Guinness World Records for riding the biggest wave ever thought to have been ridden.
Last November Garrett McNamara caught a 78ft wave at Nazare, off the coast of Portugal, beating the previous 2008 record by more than a foot.
McNamara began surfing at age 11 and became professional six years later.
He has described his achievement as a stroke of luck and has used his feat to urge people to follow their passions.


"I knew it was big, but I didn't know how big” said Garrett McNamara

The giant wave was located above an underwater canyon famous for being the world's biggest wave generator.
McNamara has said that on the day he broke the record, he at first had not wanted to take a ride but his friends urged him to catch a few waves.


"Everything came together. Everything felt right," he said. 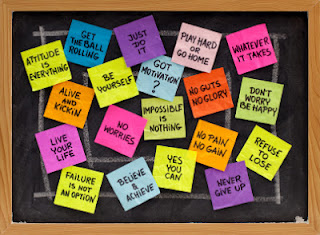 As you know there are some mistakes you shouldn't make. All year round we have written essays on a very varied range of topics and you surely remember tips and pieces of advice we have talked about.
To sum up, have a look on CIUGA suggestions about mistakes from last year and previous exams and listening papers. You could find the key apart from correction clues.


Be confident but revise your work before the end of the test!
Publicado por Begoña en 00:00 No comments: Enlaces a esta entrada

Do You Believe in Aliens?

Ridley Scott, director of ‘Alien’ and ‘Blade Runner,’ returns to the genre he helped define. With PROMETHEUS, he creates a groundbreaking mythology, in which a team of explorers discover a clue to the origins of mankind on Earth, leading them on a thrilling journey to the darkest corners of the universe. There, they must fight a terrifying battle to save the future of the human race. (See the trailer of the film before its release on 8th June)


In the distant future, two superpowers control Earth and fight each other for all the solar system’s natural resources. When one side dispatches a team to a distant planet to terraform it for human colonization, the team discovers an indigenous race of bio-mechanoid killers.

With dotSUB we can see videos with accurated captions, sometimes in youtube they are not so good. Here you can meet one of the characters of Ridley Scott film starred by Michael Fassbender: he explains what an android is and what their function could be.
Enjoy this video and its captions, of course in English!

Email ThisBlogThis!Share to TwitterShare to FacebookShare to Pinterest
Etiquetas: Video 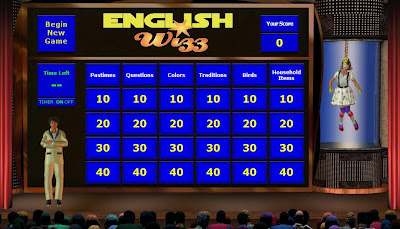 Are you brave enough to compete in a funny and demanding game?
Try English Wizz
select your level
and good luck!
Publicado por Begoña en 17:30 No comments: Enlaces a esta entrada 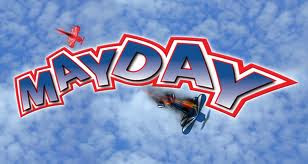 Some words have an appearance that we identify with a certain meaning because of its similarity with some in our own language, these words are called false friends but today we are going to learn the origin of mayday. It has no relation with the 1st of May but with a French expression to ask for help, remember the films....
Listen to the VOA programme and learn some others.
Can you identify these other French expressions? If so, add a comment on this post.
If you need to read the tapescript after all, here you are but try it first!
Publicado por Begoña en 00:00 No comments: Enlaces a esta entrada