Question tags are the short questions that we put on the end of sentences – particularly in spoken English. There are lots of different question tags but the rules are not difficult to learn.

·  They’ve gone away for a few days, haven’t they? · They weren’t here, were they?
·  He had met him before, hadn’t he?   ·This isn’t working, is it?
Without auxiliary verbs
If the main part of the sentence doesn’t have an auxiliary verb, the question tag uses an appropriate form of ‘do’.

· I said that, didn’t I?  · You don’t recognise me, do you?  · She eats meat, doesn’t she?
With modal verbs
If there is a modal verb in the main part of the sentence the question tag uses the same modal verb.
· They couldn’t hear me, could they?  ·You won’t tell anyone, will you?
With ‘I am’
Be careful with question tags with sentences that start ‘I am’. The question tag for ‘I am’ is ‘aren’t I?’:    I’m the fastest, aren’t I?
Try these exercises to test your comprehension:

"A Rolling Stone Gathers no Moss" 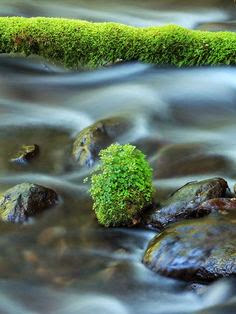 Today we explain a very old saying that has had a big influence on rock and roll music. That saying is: "a rolling stone gathers no moss." It has several meanings.
One meaning is that a person who never settles down in one place will not be successful.
Another is that someone who is always moving, with no roots in one place, avoids responsibilities.
This proverb was said to be first used in the 1500s. But in the 1960s, the expression "rolling stone" became famous in the world of rock-and-roll music. It became the name of a rock group, a song and a magazine.
Experts say it all started with a song by the American singer and guitarist Muddy Waters. He was one of the country’s top blues musicians until his death in 1983. His music influenced singers like Elvis Presley and Bob Dylan. In 1950, Muddy Waters recorded a song called “Rollin’ Stone.”  A British rock group is said to have taken its name from Muddy Waters’ song. The Rolling Stones performed for the first time in 1962. The group’s members called themselves “the world’s greatest rock and roll band.”
In 1965, Bob Dylan released his song “Like a Rolling Stone.” It is one of his best-known and most influential works. It is an angry song about a woman who was once rich and successful. But now she is on her own, “with no direction home, like a complete unknown, like a rolling stone.”
In 1967, a young man named Jann Wenner started a magazine he named “Rolling Stone.” The magazine reported on rock music and the popular culture that the music created.
By 1971, "Rolling Stone” had become the leading rock music and counterculture publication. It is still popular today.


Thanks to VOA.
Publicado por Begoña en 00:00 No comments: Enlaces a esta entrada

Email ThisBlogThis!Share to TwitterShare to FacebookShare to Pinterest
Etiquetas: Culture

Quiz: which Hunger Games character are you?

With the release of The Hunger Games: Mockingjay Part 3 in cinemas soon, what better time to find out which Hunger Games character you most resemble? Before you start, make sure you’ve read about the language of the Hunger Games, and 8 words you need to know to survive The Hunger Games.
Are you selfless like Peeta? A survivor like Katniss?
Are you superficial like Effie or a show off like Finnick?
As cray as Johanna, or as calculating as President Snow?
Find out in this quiz and may the odds be ever in your favour!