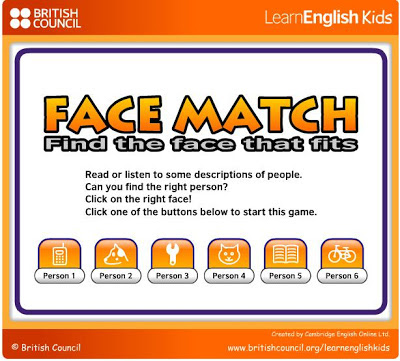 A Delicate Job for Hard Men

Email ThisBlogThis!Share to TwitterShare to FacebookShare to Pinterest
Etiquetas: From lost to the river, Video

Teenagers and technology from the guardian activities from Sandy Millin
Publicado por Begoña en 00:12 No comments: Enlaces a esta entrada 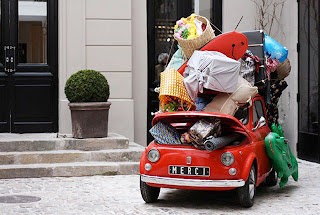 In the past, working people in Britain only had holidays on ‘holy’ (religious) days: Sundays, Christmas and Easter. Now most people have about four weeks’ holiday every year plus public holidays (also called ‘Bank holidays’).

British people usually have their holidays in summer, in July or August. Many working people take a two-week holiday during the summer. School children are on holiday from approximately the end of July to the start of September. A second holiday break in winter or in spring is also becoming more popular in the UK. In winter some people go skiing in Europe, and in spring, visits to capital cities such as Paris, Amsterdam or Barcelona are popular.

The most popular holiday locations for Brits include Spain, France, Greece and the USA. Lots of people buy a package holiday which includes flights and a hotel or an apartment. Cheap flights to warm places mean that many British people are able to spend two weeks a year relaxing in the sun abroad. Flights and package holidays are much cheaper during school term time and the British government is worried that some young people are missing school to go on holiday. Parents who take their child on holiday during term time can now pay a fine of up to 100 pounds.

British people also like to go on holiday in the UK: in England, Northern Ireland, Scotland or Wales. Warm weather and sun are not guaranteed in the UK of course! What can young British people do on a UK holiday? Here are a few examples - Alton Towers, in Staffordshire, is one of the top UK theme parks. It is famous for its terrifying rides and is very popular with teenagers. You can sign up to try their new roller coaster ride on their website. The Eden Project is an environmental project in Cornwall, in the south-west of England. It has huge domes that contain thousands of plants from all around the world. As well as plants you can also see top bands play at the Eden Project. This year The Eden sessions at the centre included Tim Minchin, Example, Frank Turner, Chase & Status, Plan B, Blink-182, Noah And The Whale & The Vaccines.

Taking your tent or caravan to stay on a campsite is popular, especially in the south of England. Newquay, in Cornwall, on the south coast of England, is a favourite camping area for families and for teenagers. Newquay has great beaches, with good waves for surfers as well as lots of nightlife. Wild camping means you take your tent, sleeping bag, food, water (and toilet paper!) and you find a quiet place to spend the night in the countryside or hills away from roads and houses. Wild camping is legal only in some parts of Britain.

A holiday resort provides accommodation, food and entertainment for all the family. Butlin’s holiday resorts first started in the 1930s and they are still popular today. Prices are low. A seven-day July summer holiday at the Skegness Butlin’s, on the east coast in England, costs about 130 pounds per person. There’s a massive indoor swimming centre with a wave pool and waterslides at the resort. Butlin’s ‘silent disco’ where you listen to music on wireless headphones and dance to your favourite tune (everyone dances to different music!) is a big hit with teens. Other activities aimed specifically at teenagers include Wii and Xbox challenges as well as beach volleyball.

Some teenagers want to spend their holidays doing something without their family. A language exchange is one way to be more independent and improve language skills. A British teenager spends a week or two in a foreign country, staying with a family who has a son or daughter of the same age and practises the local language. Later the foreign teenager visits the UK to practise their English with the British family. Summer camps can be fun too. Do it 4 Real organises camps for 10-19-year-olds in the UK where young people can do quad biking, paintballing, film making and street dancing. There’s also a ‘Future leader’ camp for 17-19-year-olds where activities include leadership skills as well as raft building, archery, climbing and survival skills.

Are you going on holiday this year?

Check your comprehension Complete this sheet of exercises and give it to your teacher.

Email ThisBlogThis!Share to TwitterShare to FacebookShare to Pinterest
Etiquetas: Culture 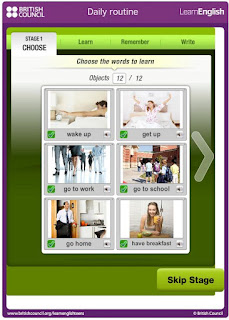 Vocabulary exercise to help learn words to talk about
what you do every day.
Publicado por Begoña en 00:18 No comments: Enlaces a esta entrada