If you don't remember all of them, visit the official web.

What is he wearing? 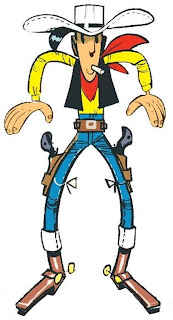 Can you describe him?

Enter this exercise and guess if you are right!

Email ThisBlogThis!Share to TwitterShare to FacebookShare to Pinterest
Etiquetas: Video

Clothes and Things We Wear 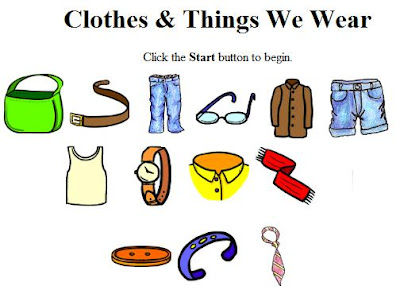 Can you spot the April fools' gags?
The tradition of April Fools' Day jokes grew out of resistance to the adoption of the Gregorian calendar in the 16th to18th centuries. For hundreds of years newspapers, and more recently broadcasters, have created fantastical reports to commemorate April 1.
Can you spot which of the following stories are classic April fools' gags from the media and which are true stories?
Go on with the test online clicking on the logo: 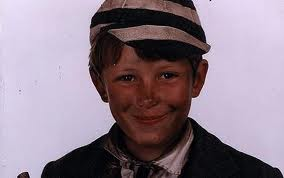 Danny Applewhite was developing into a rather arrogant young man. He was among the top five achievers at his school, but would he be smart enough to avoid being a fool on April 1st?
Click on the audio player below to listen to the story but before that try the vocabulary test and after it you can continue with the rest of the test.

If you want to read the story while you listen to it open the tapescript.
Thanks to British Council: Learning English
Publicado por Begoña en 22:59 No comments: Enlaces a esta entrada 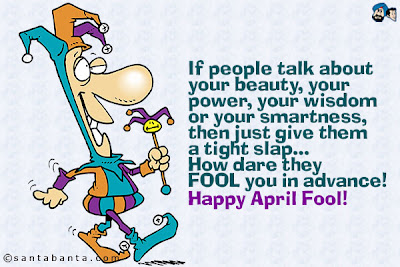 In sixteenth-century France, the start of the new year was observed on April first. It was celebrated in much the same way as it is today with parties and dancing into the late hours of the night.

The First April Fool's Day
Then in 1562, Pope Gregory introduced a new calendar for the Christian world, and the new year fell on January first. There were some people, however, who hadn't heard or didn't believe the change in the date, so they continued to celebrate New Year's Day on April first. Others played tricks on them and called them "April fools." They sent them on a "fool's errand" or tried to make them believe that something false was true.

April Fool's Day in the USA
Americans play small tricks on friends and strangers alike on the first of April. One common trick on April Fool's Day, or All Fool's Day, is pointing down to a friend's shoe and saying, "Your shoelace is untied." Teachers in the nineteenth century used to say to pupils, "Look! A flock of geese!" and point up. School children might tell a classmate that school has been canceled. Whatever the trick, if the innocent victim falls for the joke the prankster yells, "April Fool! "

April Fool's Day Jokes
The "fools' errands" we play on people are practical jokes. Putting salt in the sugar bowl for the next person is not a nice trick to play on a stranger. College students set their clocks an hour behind, so their roommates show up to the wrong class - or not at all. Some practical jokes are kept up the whole day before the victim realizes what day it is. Most April Fool jokes are in good fun and not meant to harm anyone. The most clever April Fool joke is the one where everyone laughs, especially the person upon whom the joke is played.


"The first of April is the day we remember what we are the other 364 days of the year. "
American humorist Mark Twain

April Fool's Day on the Web